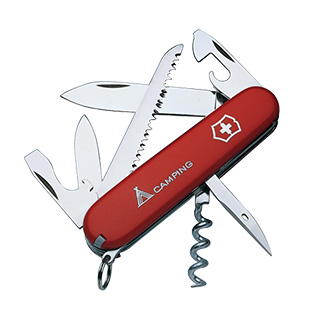 SKU: 1361371
£25.99
£25.99
Unavailable
per item
When you hear the words Swiss Army Knife, chances are you think of the legendary Officer's knife. And that legend continues with the Camper pocket knife. Along with the tent, the sleeping bag and the portable camping stove, the Camper has achieved essential status for anyone looking to spend some quality time in the great outdoors.